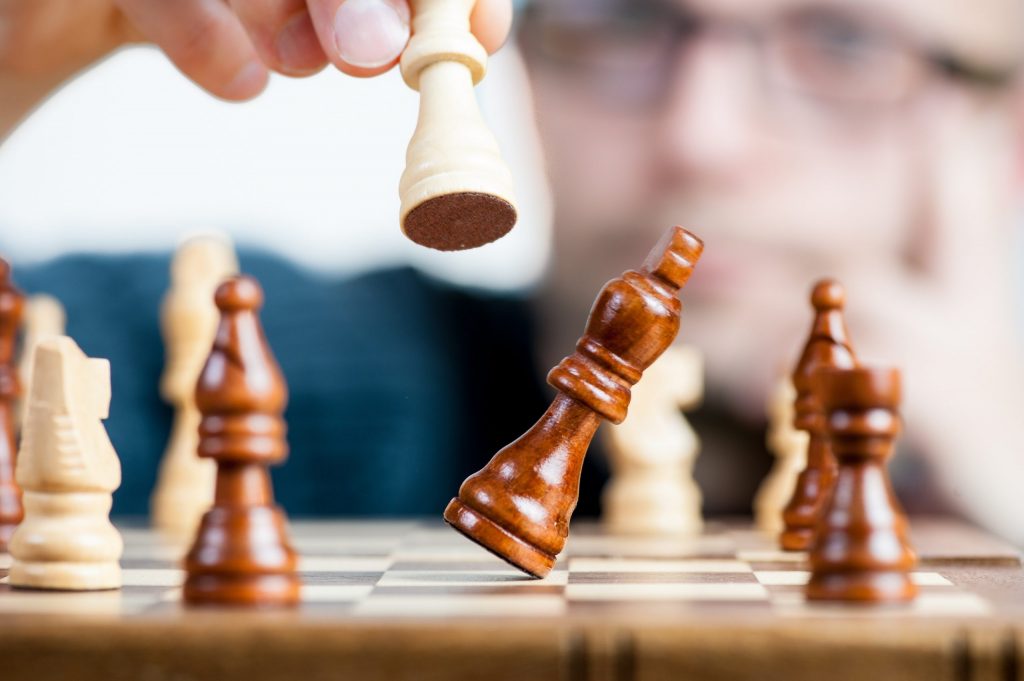 The biggest issue I see with the misuse of the word isn’t that its popular. It’s that its changed our behavior.

My goal here isn’t simply to rally against corporate buzzwords. What I hope to accomplish is to get leaders to think about strategy for what its supposed to be.

Rather than simply redefining the word, we’ve begun to accept our strategic visions as being siloed and boiled down to a series of repeatable steps. In many cases we’ve let our personal ambitions determine our business actions. It’s, even unintentionally, created walls. The term strategy has lead us believe that within our individual containers we can be self sufficient. As leaders we’ve allowed groups to be isolated, and the result is that strategy has lost its goal of being a lasting, overarching and vital alignment of our purpose, our goals and our tactics.

Your Strategy Isn’t Strategy At All

I’m going to pick on content strategy as an example, but feel free to replace “content” with any vertical part of your operational organization.

Most content strategies are clearly a “framework” of actions through stages designed to create a fairly specific outcome. That outcome is to move people into and through a funnel. While adding “strategy” makes this sound very important, and content strategy is important, the challenge is that it isn’t really a strategy.

Each step of the framework, which you are likely referring to as tactics, are a set of specific actions. They are intended to be accurately executed, creating a press release, for example. So the framework is actually tactics, not strategy, and the actions are surgical.

If you try to look up the military’s “tank strategy” of how they use tanks in warfare you won’t find much information. You see, it isn’t really strategy to single out one piece of your operational organization and call it strategy. In almost every definition you’d really wind up only with “tactics”. There is a lot of information about “tank tactics”.

One of the reasons strategy is used so wrong is that despite many attempts to make it a functional item, it’s really a goal based on purpose. Most great strategies are born out of purpose + goals + trends. But strategy needs tactical plans attached in order to be achievable. Otherwise, it’s just ideas.

If we go back again to military examples, since it is the source of these concepts, let’s list a few examples of military strategies:

They provide some great examples and take aways to think about with your next strategy:

We quickly see what is wrong with most strategies. While each of these strategies need tactics, goals to be measurable and timeframes of execution, the strategies themselves are not defined in that way. Notice the terminology the military uses to describe their strategy- concepts, doctrines, degrees.

Also, great strategies don’t exist in silos. In many companies, corporate politics create vertical walls between their departments. “Strategies” within these walls are barriers to developing actual strategies and take away the focus on total outcomes. It becomes about making my function important, not about the goals of the overall business and winning in the market.

Some better ideas of business strategies your leadership team should be discussing:

However, I often hear these thrown around as if they are just nice terms for a singular action. These types of strategies, when well aligned to our business objectives, purpose and reinforced with execution, tactics are actually what we should be focused on.

Also if you organization does not define these but says you execute them, I’d question how. These are not just concepts from a book, they must be properly applied to your specific organization to be successful.

Lets look at the definitions:

These terms have their origins from the military. So I’m going to site many examples and references to how they are used in military terms. I’m not a military buff, but the original source is a great way to reset the conversation.

Tactical – relating to or constituting actions carefully planned to gain a specific end.

One immediate problem with these two phrases is that there are only two of them. It leads conversation to point where one is seen as “small” and the as “big”. That isn’t enough for anything but polarization.

Tactics are a plan or framework. What most businesses are calling “strategies” are frameworks designed to reach a specific result, which makes them tactics, not strategies.

Strategy should apply to long term or overall aims. If you change your “marketing strategy” every year (and you should), you don’t have a strategy at all. In fact, most of what you do annually isn’t strategic at all. Also, if it comes with a step by step guide or chart it probably isn’t a strategy.

Not being one to present a problem without a solution, here is what is missing. Strategic and Tactic have their foundation in military terminology. After all when it comes to planning and hierarchy nobody has done it longer or is more copied than the military. What got lost is that there is a third commonly used term to donate the scale and precision of execution: surgical.

What this does is provide a new scale. Now tactical does not need to mean specifics. In fact, by nature of it’s definition the only thing specific about tactics is the goal. This also allows tactics to return to it’s actual meaning – frameworks and plans. Finally, strategy can reassert itself as purely as a long term goals.

Our new conversation scale should be:

One of most over used buzzwords in business or leadership of the last few years has to be the word strategy. It has become a catchall for “not the details”. I sadly fear it’s because there is a vanity to being “strategic”. Also, many people associate strategic with valuable. This adds extra emphasis to being strategic or being seen as strategic.

What I’d love to see as a trend for the 2020s is strategy to return to being strategic.